The demand for IT skills intensifying across Australia

The number of available jobs advertised is on the rise, according to Seek, a global job marketplace prominent in both Australia and New Zealand. The data shows an increase of 6.6% in job ad number in January 2021 compared to the previous year.

Overall, the nation is seeing a strong demand for STEM skills (Science, Technology, Engineering, and Mathematics) which reflects a global talent shortage, says Seek ANZ managing director Kendra Banks. “This talent shortage has been identified by Australian CEOs as one of their top business risk areas,” adds Banks.

The Australian Computer Society (ACS) and Deloitte reported that the Australian GDP grew 6.5%, or $126 billion in 2019 because of the benefits of digital technology. Australia’s information and communication technology (ICT) services exports also saw growth of $4.69 billion in FY2018/19.

“On average, the technology workforce is expected to grow at 3.1% on average for the next five years; double the expected growth in the labour force in general. At that pace, by 2027, there will be more than one million technology workers in Australia,” said ACS CEO Andrew Johnson.

However, RMIT Online reported that there is an underlying gap between the availability of jobs and workers’ skills. According to their report, 87% of jobs now require digital skills and Australia needs 156,000 new technology workers by 2025 to ensure economic growth.

RMIT Online also stressed that the pandemic only highlighted the skills gap, and it is now a national imperative to address the shortage of digitally-skilled workers to help turbocharge the economy. This would further bolster the Technology, Media and Communications industry by $10 billion by 2025.

LinkedIn’s 2021 Jobs on the Rise Report Australia included cybersecurity and full stack development roles in the top 15 most in-demand jobs for 2021. However, without the requisite skills to feed the growing demand, Australia could miss out on the benefits of the shifting focus of the global economy.

A significant number of Aussie companies opt to outsource some of their business processes to Asian countries like Vietnam, Thailand, Indonesia, India and China to obtain a suitable workforce, and, at the same time,save on costs. However, the Philippines remains the first choice for many, including prominent Australian companies such as ANZ, Jetstar, Salmat, Telstra, and Macquarie.

The literacy rate in the Philippines is an astounding 94%. This number is expected to increase with the country recently adopting the K-12 program which is patterned after the education system in the United States and parts of Australia. Even better news for the Australian tech industry, the Philippines churns out roughly 77,000 Information and Technology graduates and 76,000 Engineering and Technology graduates every year.

Here at Satellite Office, we have built our company around helping SMEs across the globe leverage these benefits to bigger effect on terms that maximise potential with flexibility and highly skilled talent.

We have a proven track record and we are more than willing to show you how it could work for your business. To book your appointment for a free, no obligation consultation, just email us at info@satelliteoffice.com.au. 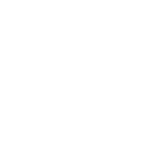 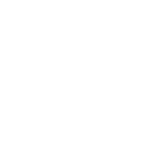 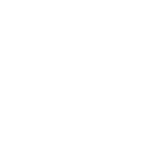